I was born in Oaxaca where I remained until I left at the age of 19 to start the university in Mexico City.

I have a degree on B.Sc. Environmental Engineering from the National Polytechnic Institute of Mexico (2001-2005). My thesis was entitled: “Batch bio-H2 production with inhibited methanogenic consortia from organic solid waste”.

Later I obtained a M.Sc. degree on Environmental Biotechnology (2005-2008) at CINVESTAV-IPN, Mexico during which I worked on the topic “Electricity production in microbial fuel cells fed with spent organic extracts from hydrogenogenic fermentation of organic solid wastes”.

In 2012 I spent 3 months at the VU Amsterdam, The Netherlands as a scientific visitor where I studied “Outer membrane cytochromes of microbial biofilms by a combination of surface-enhanced resonance Raman scattering spectroscopy and electrochemistry”.

From 2012 to 2015 I moved to France where I worked as Postdoctoral Researcher at INRA-Narbonne. There I worked mainly on three topics:  (i) “Coupling H2 production by dark fermentation and microbial electrolysis”, (ii) “Electron transfer mechanisms of novel electrochemically active bacteria” and (iii) “Microbial electrosynthesis of acetate”.

From 2016 to 2018 I worked at IMDEA Water to develop novel solutions to treat Urban Wastewater by copling Microbial Electrochemical Technologies and Conventional Constructed Wetlands.


Currently, I seek a position in a research institution or company located in La Rioja (Spain) that encourages the development of technologies that solve environmental problems and promotes intellectual growth by utilizing my expertise and skills...
Publicado por Alessandro A. Carmona-Martínez en 16:19 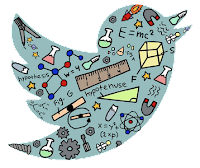